Ngorongoro Conservation Area is in the northern part of Tanzania and trip can easily be organized from Arusha town. The park was officially declared a UNESCO world heritage site in 1979. It consists with various incredible landscapes such as mountain forest, woodlands, grasslands, lakes, swamps and crater itself. Ngorongoro crater is unique to the fact that is the largest unbroken, inactive, and unfilled caldera in the world with diameter approximately 19km (12 miles) and its majestic walls rise over 610 meters (2000 ft) from the carter flow to the rim. The park is home of all big five such as Elephant, Buffaloes, Lions, black Rhino and Leopard, although due to the nature is hard to sport the leopard. Other animals are easily seen here are wildebeest, zebra, hyenas, Impala, Thomson gazelle, Cheetah, warthogs, hippos and so many other species such as birds like Flamingoes, Ostrich, ostriches, kori bustards, crowned cranes, white backed vultures, black kites, cattle egrets, tawny eagles, augur buzzards and many others.

Apart from the animal and birds, the Ngorongoro crater has a mankind history at Olduvai Gorge, where is believed that the fossil of the first human being was discovered here by Dr. Mary and Louis Leakey. 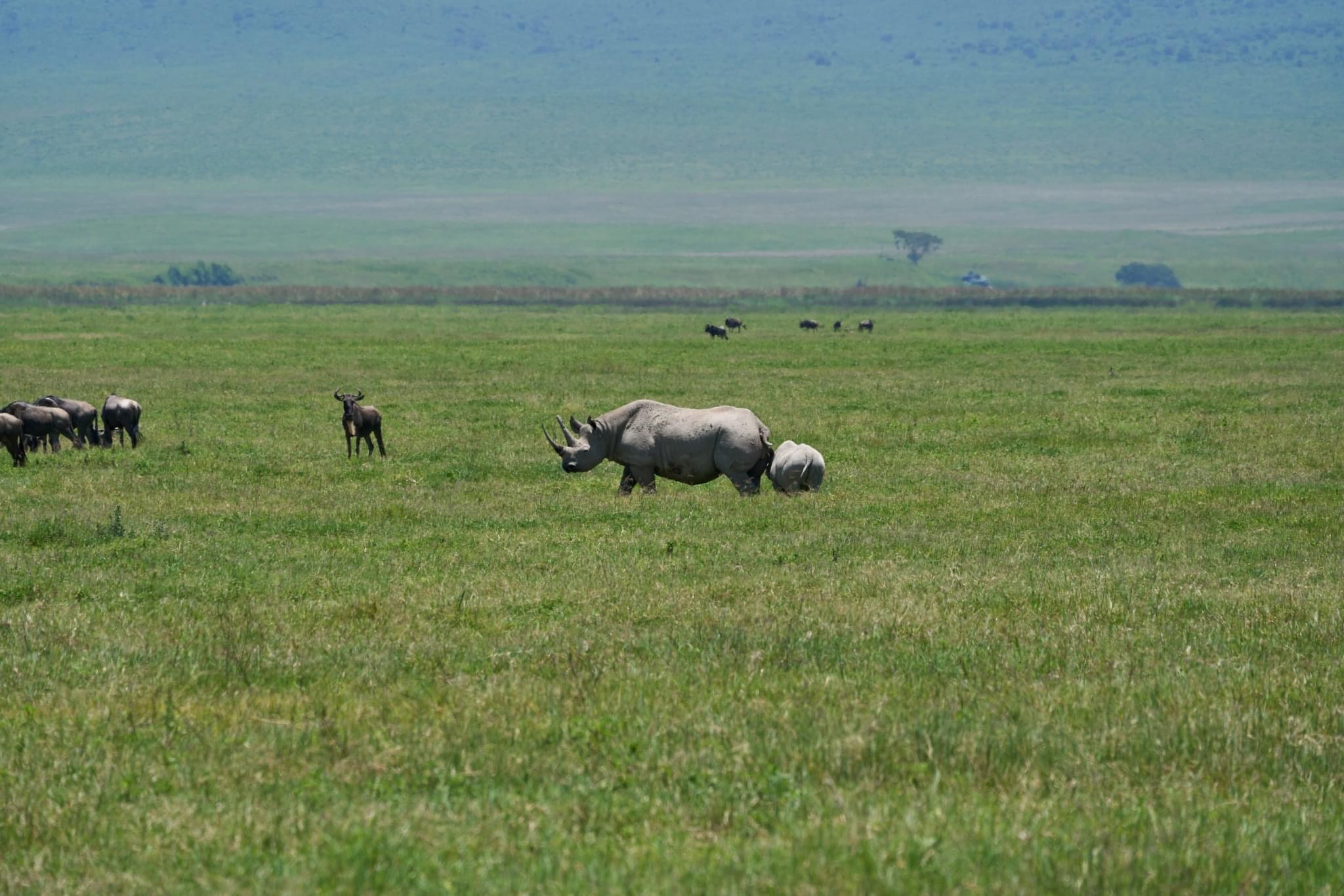