The Ruaha National Park is in the southern part of Tanzania and bear its name from a majestic river flowing 160km in the park, River Ruaha. The vegetations differs drastically between flat treeless savannahs, Miombo woodlands, dry bush lands, swamps, and riverine forests. Almost 1650 different plant species can be found in the park, creating a one of a kind botanical paradise.

Apart from the river the park is well known for its varied scenery – from large open plains to rolling hills, river systems to wetlands and kopjes to mountains. The Ruaha National Park marks the transition zone where eastern and southern species of flora and fauna overlap. The Great Rift Valley also runs through the park with escarpment walls rising between 50 and 100 m in height. Natural springs associated with the rift valley are scattered throughout the park.

During the dry season, the Ruaha River also dry and becomes waterholes of which predators take complete advantage of hide in wait, knowing that thirst will drive herds of impalas, gazelles, and other antelopes to come drink. The riverine vegetation on the shores around the river helps provide enough cover for lions, leopards, cheetahs, wild dogs, and hyenas making it the best hunting ground in the park.

The Ruaha National Park is famous for having one of the highest concentrations of African elephants in East Africa. Huge numbers of up to 200 are often spotted below giant baobab trees. Furthermore, the park is home to both species of kudu (greater and lesser) as well as the majestic sable and roan antelopes both of which are frequently seen.

Apart from mammals, 529 species have been sighted in the park. Some of the famous birds include the endemic Ruaha red billed hornbill, kingfishers, sunbirds, black collared lovebirds, ashy starlings, ground hornbills, bateleurs, fish eagles and many more. 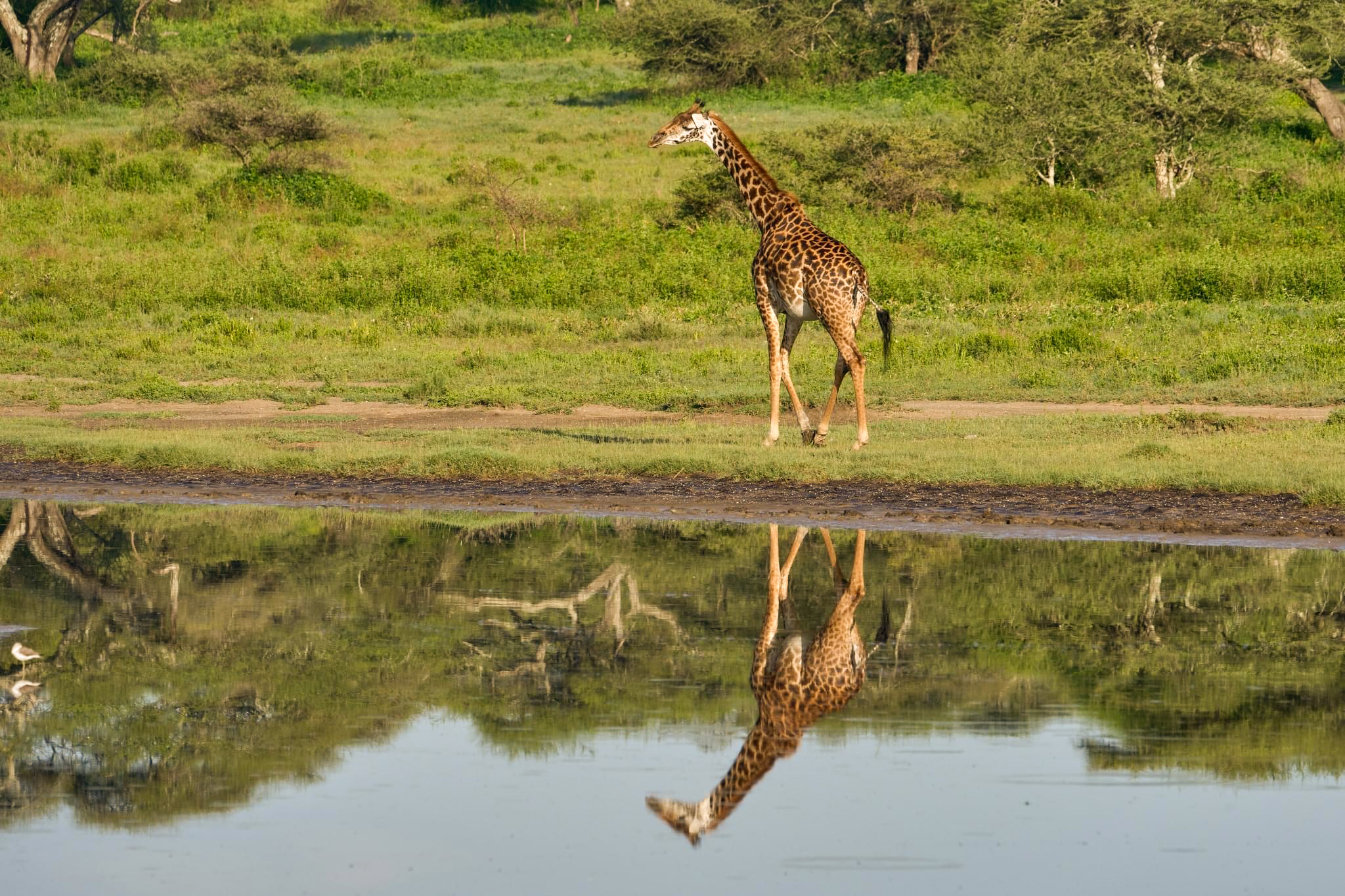